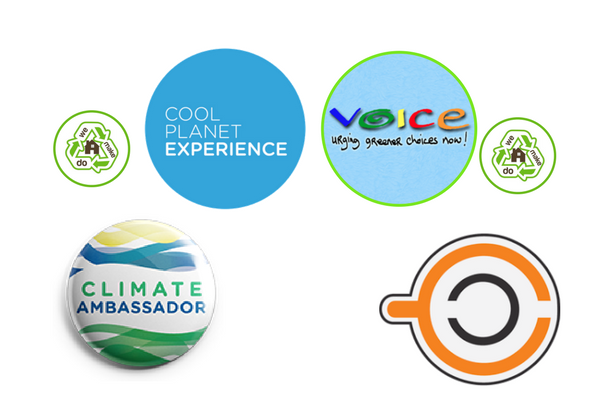 The Wind Of Change

“The wind of change is blowing through this (continent) country. Whether we like it or not, this growth of national consciousness is a (political fact) possibility?”.
–  British PM Harold Macmillan in speech given in South Africa concerning decolonisation (with some modification)

Here in the WeMakeDo household, we try to ensure that we are at least considerate of our impact on our surroundings as best we can. We try to bring this perspective into all our family decisions because we feel it is a must for the sake of our kids’ future and the state of our surroundings.
With ridding ourselves of single-use plastic as our current focus, sometimes arguing over who “buckled” and bought another plastic bag of frozen peas or who owns the plastic water bottle that appeared in the bin may seem like we have nothing better to do. But to make the change stick, it’s important to question everything and to realise why it’s worth questioning these seemingly trivial everyday household decisions.

“When you bought that plastic bottle, you assumed responsibility for it now being part of our collective waste pile and for being a burden on the environment that your children will have to deal with as it hangs around for a hundred years!”. etc. etc. finger wagging included.

We don’t quite go that far….usually.

It’s easy to sometimes think that for every plastic bag of peas you forego (even though you love peas), that there are so many more being purchased and discarded that it can’t possibly make any difference.  But it’s also important to remember that, as with any shifts in popular thinking, lots of seemingly small efforts to change the status quo can lead to tipping points in social behaviour which will then transform what is deemed acceptable behaviour by the majority. Think of smoking in public buildings or the use of plastic bags in supermarkets in our recent past. Granted these high profile changes were enforced by law in Ireland but how quickly they were accepted and generally lauded gives hope for other more subtle approaches to causing a change in our attitudes.

We have started to notice a significant groundswell of new awareness around environmental issues in Ireland in the last few months which looks to be part of a fabulous next step towards bringing the issues to national attention. There seem to be many new efforts now that when viewed collectively, seem like we have turned a corner in Ireland and people are taking this problem seriously.

Perhaps Mr D. Trump has inadvertently given rise to a reaction against his position on climate change that may, in the long run, bring about more change than if he hadn’t tried to declare it an overblown hoax.

Here are just a few examples we were delighted to learn about in recent weeks: 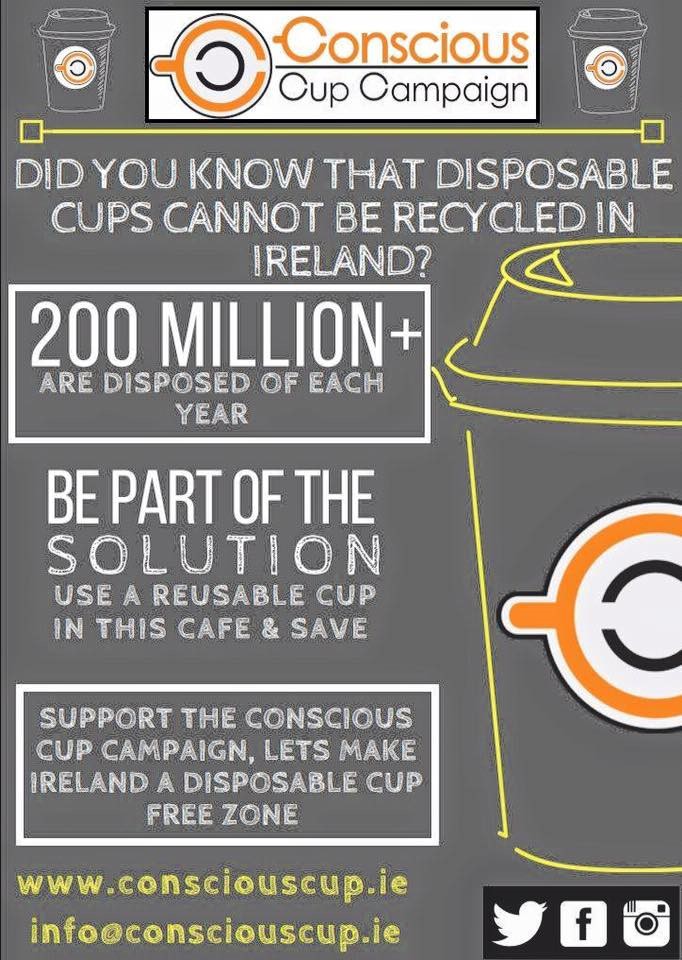 Recently, you may have noticed the “conscious cup”advertising campaign encouraging people to bring their own cup when buying coffee. From a group of simply “concerned individuals” active on the Zero waste Facebook page, this effort aims to raise awareness about the approximately 200million cups we dispose of in Ireland (15 minutes after we purchase them).
Few people would argue in favour of this behaviour but until it’s pointed out to us, then it’s easy to just do as we’ve always done. 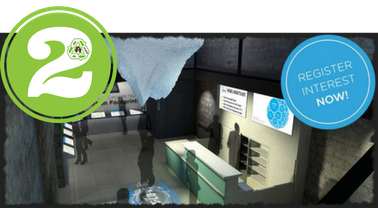 Cool Planet Experience and the EPA have launched a Cool Planet ambassadors program which will focus on educating the general public about how to respond to Climate Change:

“Once selected, the Cool Planet will train the 26 Cool Planet Champions to engage, educate and inspire the general public in their own county about how our changing climate directly impacts them and how they can make a real, practical difference.”

In a similar program sponsored by An Taisce with support from the Department of Communication, Climate Action and Environment, National Climate Ambassadors are being appointed to help to stimulate awareness and change at a local level throughout Ireland. The program will look for the Ambassadors to take at least 4 specific actions in their locality aimed at raising awareness and educating the public on the effects of climate change in our lives.

Voice Ireland have just finished recruiting for a recycling ambassador program on a national scale. This excellent program also aims to bring about change in our waste habits by means of education. The focus here is on improving recycling rates in Ireland and trying to remedy a national issue with the poor quality of our recycled waste. This large program aims to hire 25 paid ambassadors to help educate people on household waste management and how to recycle correctly as well as collect feedback on issues encounte

red. It seems that while in Ireland the amount of recycling waste generated is reasonably high, the quality of this recycled waste stream is not so good due to cross contamination. We’re not so good and putting things in the correct place to ensure the individual recycling or composting waste streams are “clean”.
The hope is that this program will generate useful feedback for government bodies to use in making the process easier for people to use, leading to improved levels of recycling.

y the Green Party to legislate for reduced packaging:
Bill entitled: An Act to provide for a ban on single-use non-compostable cups and other tableware and for the introduction of deposit and return schemes for beverage containers
The proposed bill which has yet to make its way through approval aims to ban non-biodegradable coffee cups and other tableware.Hopefully, this overdue response to a significant source of landfill waste will be successful.

To help understand the incentives which may be helping to drive this increased focus we have been noticing, the EPA publishes a report on how we are doing nationally on our waste handling. This report shows our performance against EU targets set for Ireland and it appears we are doing quite well.

In the table below, (ref: EPA- Progress towards EU waste targets – August 2017) the 2020 goals for “recycling” (paper, metal plastic and glass) as well as for waste quantities to landfill are shown. We were probably no waste angels in 1997 – the year our targets are compared to but dropping to 35% of that amount in 23 years sounds impressive. Having met our 2013 reduction goals, it’s looking good for the 2020 goals also, but clearly, more focus is needed to make sure this stays on track.

It’s very inspiring to see groups like Voice Ireland, “Zero wasters” and others stepping up to contribute to this transition process and make us pay attention.  Mrs WeMakeDo was delighted to be awarded one of the ambassador roles in the Voice Ireland program and is looking forward to helping with their process.

Shifting people’s habits on a national scale takes dialogue, focus and a lot of effort, but it’s how the big results can eventually come about. Let’s hope we are witnessing a new tipping point in Ireland and that these great initiatives can cumulatively swing us in a new direction for the better.