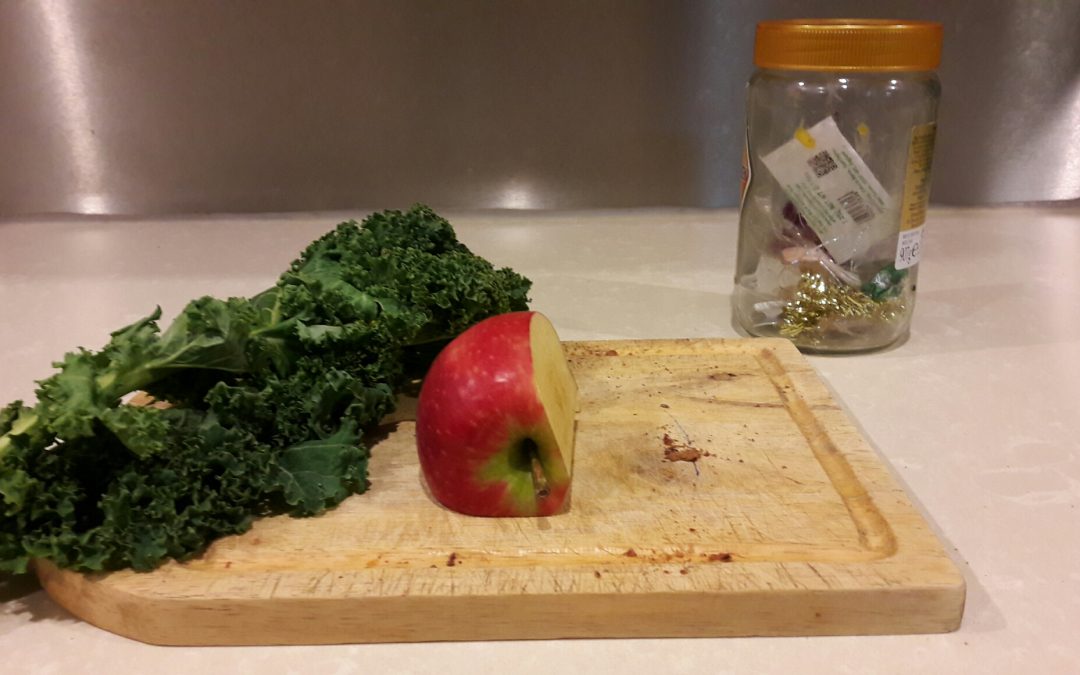 Zero waste: a 6 month check in

It’s been a few months now since we started trying to minimize our household waste. The strange thing is that it’s been a lot easier than expected to keep ourselves at the much reduced waste level compared to where we were at initially …but very hard to progress beyond it.

We kept our glass jar on the counter as our waste bin so as to keep the focus for everyone in the house. We regularly comment on how full or empty its looking but generally speaking the half liter sized jar fills up in a week or so.

But then a plastic “recycling” bin crept back into use and it has a life of its own.

With kids, it seems nearly impossible to control the level of plastic coming into our house. Things like birthday parties, gifts from well-meaning friends and one-off purchases for them keep catching us out.

The Kitchen and general household stuff that goes into the glass jar/bin is well under control at this stage because we are now used to managing our regular household purchases. But there seems to be an endless stream of unusual plastic rubbish coming our way – sometime too big to fit – and so we’ve kept a larger recycling bag on the go.

Let’s focus on the positives first though. We have kept the habit of buying at farmers markets and SuperValu  – still the best chain for unpackaged fruit and veg. And we have managed to maintain all our regular food related purchases at near zero waste level.  Our old bin under the sink hasn’t returned, and neither have any of the other bins around the house. And we’ve gotten used to not looking for them and instead stuck with our new means of disposing of things.

For example when wiping down the table after a particularly messy meal, the stuff now goes either to composting or the chickens.  Or in rare cases when cooked leftovers stay in the fridge too long and need to go, we have resorted to flushing them down the toilet. A perfectly fine option when not done too often.

For some items we still can’t find plastic /waste free alternatives and so we have done the best we could.. 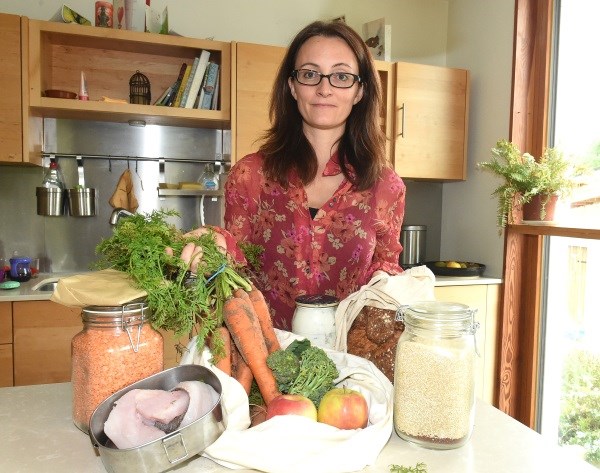 For example the raisins we now buy in large bulk (plastic) bags from Nutsinbulk. But it involves a lot less packaging waste than we used to create using the small plastic packs of raisins.

Our milk we now get mostly from “Siopa gan Ainm” on CornMarket street  in Cork. They get it from a farm in Clonakilty – it costs €1.50 for a liter and you get 50 cent back when the bottle is returned.

Yoghurt and cereal are still all home-made now and the kids prefer the granola over other cereals, while porridge has always been available in paper bags. We’re looking into a possible source of large bulk bags of porridge too as we seem to burn through the stuff at a high rate – especially with granola making.

We’ve even been investing in some stainless steel containers to avoid putting the foods like fish or cheese into plastic reusable containers. One starts to feel like plastic should be avoided anywhere food is involved.

We haven’t figured out a way to source butter in some recyclable or unpackaged form.

Reusable nappies and non-disposable wipes (aka rags) has become second nature now for our youngest who has another couple of years of nappied life to go.

We bought bamboo toothbrushes, but have found that they’re not as nice to use as the regular plastic ones. This is more to do with the basic design of the bristles and their texture than the handle, but not sure if we’ll buy those again.

Shampoo bars are now second nature too for everyone in the family.

Toothpaste is still a problem.

We tried and failed to find toilet paper that isn’t wrapped in plastic too. Although we have a plan here…the use of bidet guns are the way to go. We might write about this in the future if modesty permits.

Also our composting has become a little more flexible and so some cooked foods are now going in there where we can’t figure out alternative…i.e. waste food that neither cats nor chickens would eat. So far this seems to be fine as our composters are good and big. But we’re conscious that too much may start to make the composters smell, so we won’t abuse this option.

We have taken one batch of non-recyclable waste for disposal since we started this back in May/June which is nice. This is down from what ordinarily might have been about 3 or 4 batches, but we do intend to try to improve this further

All in all making these changes, although daunting in the beginning are proving to be very easy to stick with. It feels like another push is needed to improve further – perhaps in the New Year, but we don’t seem to have slipped back into old habits and are planning to stick with this.

Our appearance in The Examiner drew a lot of feedback from our friends, and it was nice to hear of people who enjoyed the article and felt motivated to try similar efforts in their own homes. From a grandmother who’s now getting her grown daughters to shop plastic free, to another friend who asked for a shopping consultation!

Others felt that “we must have too much time on our hands” which we thought was an interesting viewpoint. In response to that, like with most things, we all have less time than we would like. Getting certain things done just means that you move things up your priority list. I.e. you will do things that you feel are most important to get done first and other things will always fall off the bottom of the list. For us, this waste problem suddenly felt very important, and how we were going to respond to it became even more important. Suddenly there was less time for watching a movie or for reading a book and more time given to making homemade granola or yoghurt or trying to find bulk raisins.