Home water quality is important and for us it was an issue.

When we first built our house back in 2010 we opted for installing a well on our property as connecting to the local water mains was just too expensive – it was too far from our house to connect in at a reasonable cost. Plus the idea of having control over our own supply was in keeping with our self-sufficient approach. 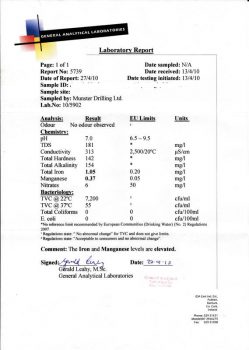 out any nasty stuff that the local landowners might want to dump on the land.

Unfortunately we were in an Iron rich area and so the water, although quite drinkable and clear had a relatively high iron and Mn content and also elevated hardness. Iron is classified as a secondary contaminant as it is does not impact health but is more a cosmetic and taste issue. When drinking a glass of water tastes like you have a bloody lip, then you just tend to avoid it!

On the advice or our plumber at the time, we went with some large passive filters to clean it up. This triple filter system (shown), used a first stage sediment mesh filter to remove particulates, a second stage carbon filter to remove contaminants by chemical adsorption and finally a third stage filter designed to remove Iron(Fe) and manganese (Mn). 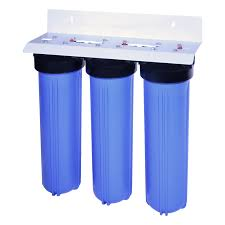 According to the supplier of the cartridges, which cost about Euros200 to replace, they should last up to a year for a house of 5 with typical consumption. Unfortunately for us we found that the problems with iron staining of our sinks, toilets and clothes never quite went away. In contrast, the hardness (Calcium carbonate) wasn’t much of an issue as it was not very high and it also adds a crisp freshness to the water flavor.

The carbon and sediment filters we installed appeared to be doing their job, but the iron filter simply wasn’t up to the task. On doing some research it seems there are different varieties of iron contamination in Irish water.

Water that comes out of the tap clear, but turns red or brown after standing contains “ferrous” iron. Water which is red or yellow when first drawn is “ferric” iron. Iron can form compounds with naturally occurring acids, and exist as “organic” iron. Organic iron is usually yellow or brown, but may be colorless. For the chemists: ferrous indicates Iron in a +2 oxidation state while ferric is iron in a +3 oxidation state. As far as we could tell, we had ferrous iron and the most commonly recommended way to remove it is by using a water softener (ion exchange resin based).

The presence of Mn will tend to create some black stains, and can give the water a bit of a bad smell, making your glass of water with meals even less appealing than the iron already makes it. Although both iron and manganese are harmless to health at these levels (1ppm and 0.37 ppm respectively), their combination in drinking water is a real problem – in that you won’t want to drink it. This is a bad situation with kids when you want to encourage to drink lots of water and less of the sugary alternatives.

When one goes looking for solutions, there seems to be much scaremongering about how specialized the water cleaning technology is. On making enquiries, we kept hearing that one daren’t make a purchasing decision without talking to “the experts” who want to sell you their specialized system that is perfect for your needs.

We received quotes from €900 to €1500 for a softener/ion exchange unit to fix our problem! Significantly more than we expected to pay for technology that seems really quite simple.

As with many other household technologies, the amount of available information online is helping to address the lack of information which forces buyers to be cornered into paying high prices. This is the rather excellent leveling effect of free information.

Armed with the knowledge that we had ferrous iron and manganese to remove as well as some hardness, we were able to avoid that first costly barrier of not knowing what we needed. That ignorance can unfortunately lead to some businesses taking advantage of those who come with a “can you understand and fix my problem for me” approach.

We found these guys (www.water2buy.ie) offered a high quality product and service designed for those willing to handle some of the leg work. Having spotted a sale price earlier in our searches, when we went back to finally make a purchase, that sale price was gone, but we were delighted that they were open to negotiation and in the end we got our new system delivered for €450 instead of the advertised €600. A whole lot less than our first enquiries forecasted.

The people at Water2buy.ie were able to assess our water analysis test results to confirm that this particular ion exchange resin would fix our problems which turned out to be correct. In the back of my mind I knew that once you have the hardware (a sealed cylinder, valves and plumping) that changing this particular resin for another option is relatively easy should there be issues later. So we felt quite happy to purchase without b 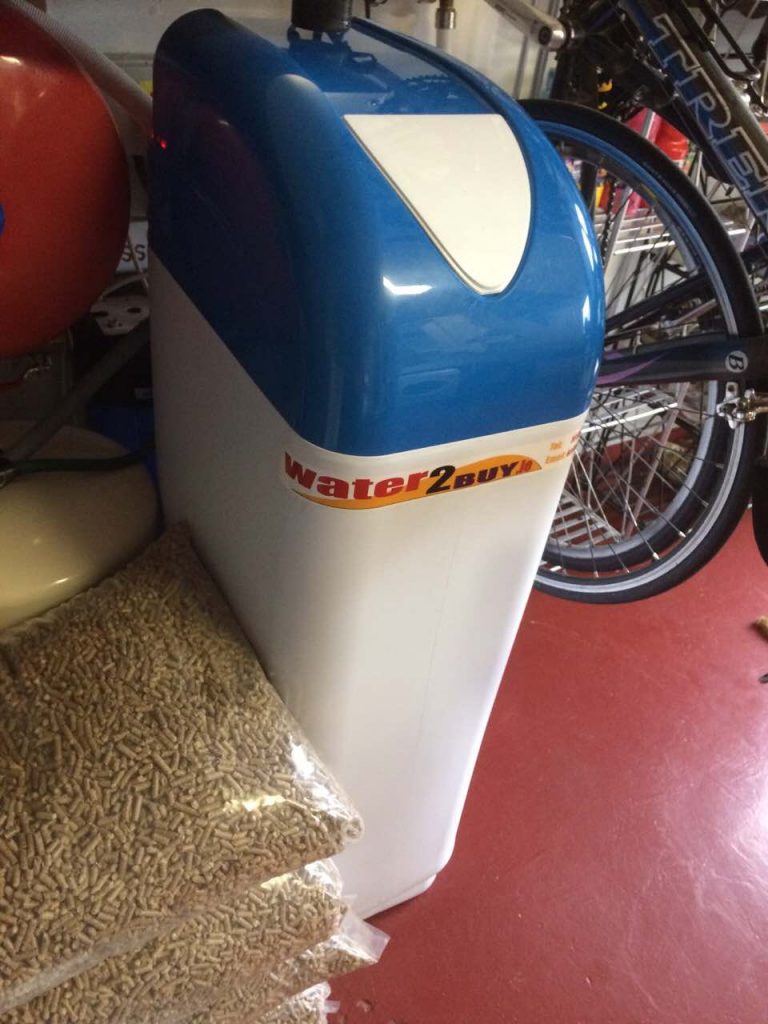 eing able to confirm that it would do the job.

It turned out to be one of those rare completely successful fixes! We are thoroughly satisfied and are iron/manganese/lime free after 1.5 years of running now. As with all ion exchange processes the ions being exchanges with the unwanted contaminants need to be replenished – usually with rock salt. Through use of low flow fittings/toilets throughout our house we are down to approximately 1 x 20kg bag every 2 months. We didn’t opt for the more expensive flow based meter to set the flushing frequency, and instead went for the time based meter which just flushes at preset times regardless of the consumption. With some tweaking we managed to get it down to the point where it’s just enough to maintain the resin and so not much salt is being wasted.

The installation was easy and cost €80 with a local plumber to fit the additional lines to put the filter inline and also allow a bypass for when we needed to work on it. 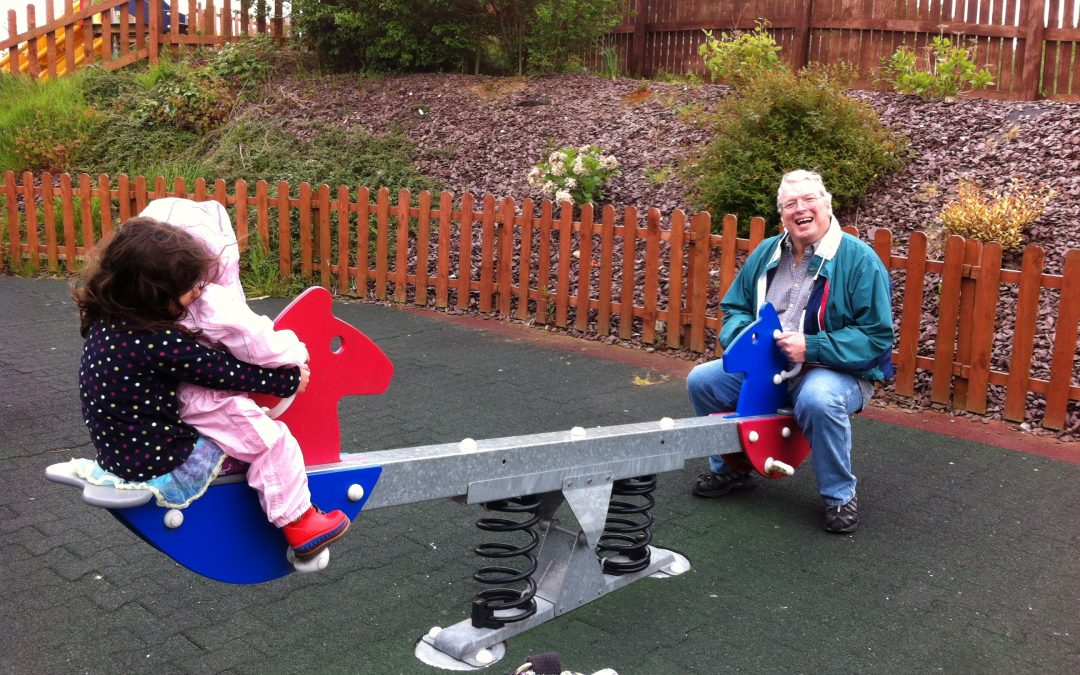 The Heartbreaking Side of ‘Stuff’

The WeMakeDo family spent the Christmas period in Arizona this year.  But unlike other family holidays, this one had a defined but very daunting purpose to it: To clear out Grandpa and Grandma MakeDo’s house of the past 40 years, to sell it and get them moved up to the Northwest to be closer to grandkids.  What started as a challenging but seemingly attainable goal turned into a heart breaking experience, so poignant in its irony, that we feel it has to be shared for the message it conveys so clearly. 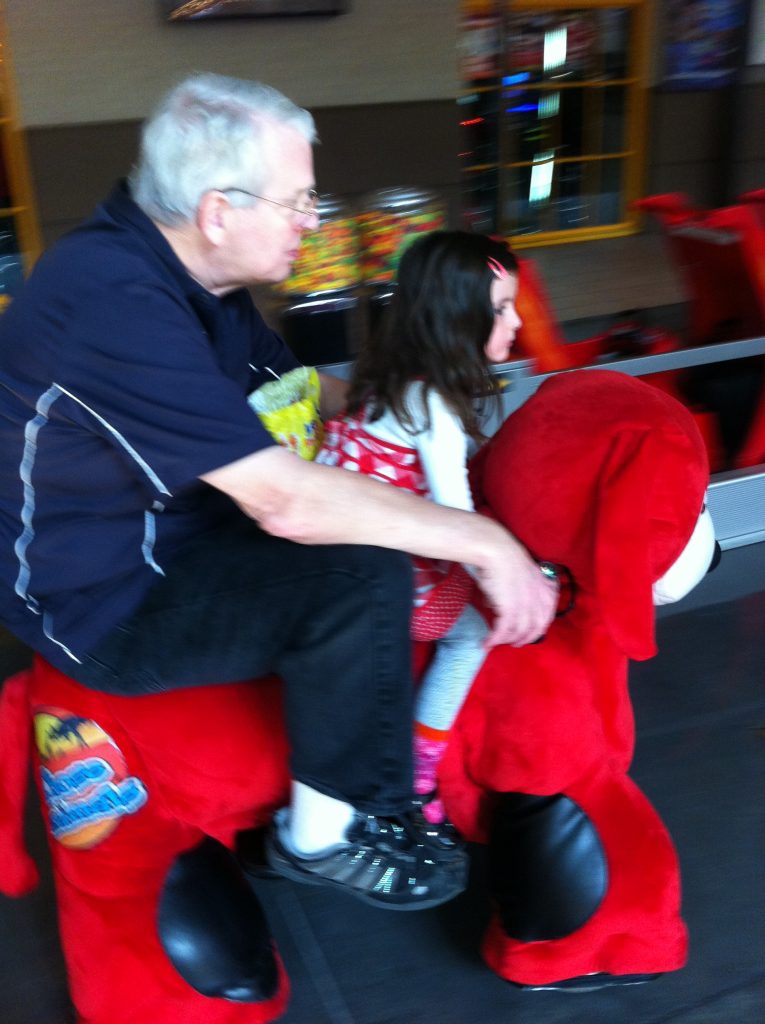 Grandpa MakeDo was the best Grandpa ever, with endless time and love for his grandkids.  His lifetime dream was to live surrounded by his family – he used to use the phrase “family compound”, with the grandkids running freely between houses.  But, 20 years on, they had somehow found themselves with kids gone and without much of a community around them.  Elder isolation had crept in, and their quality of life was diminishing. When Mrs MakeDo would describe our set-up in Ireland to them, with the kids running over to their Nana’s house, Grandpa in particular would smile in envy.  How lucky he said their Irish Grandma was, to have the kids and grandkids so near.  In the US, unfortunately, most of us don’t live like this.

So the extended family came up with a plan.  We’ll move Grandpa and Grandma up to the Pacific Northwest, where 8 members of the family were, including 3 grandkids.  And then we’ll work on getting them a visa to live in Ireland, once the Washington family have had enough!  Then Grandpa MakeDo’s life dream could finally come true.

That plan was hatched about 2 years ago and unfortunately never took off….

The problem was, Grandpa was a little bit of a hoarder.  He loved electronics, and woodworking, and airplanes, and BOOKS!  Piles of books that hadn’t been looked at in years.  And every kind of tool imaginable.  Coffee cans of screws and nails that ‘could be useful someday’.  Furniture from his great grandma, and special cherrywood that he’d planned to build a desk out of in 1972.  He couldn’t bear to part with any of it. His hobbies and passion for learning was what made him interesting and wonderful.  But unfortunately, that’s also what prevented him and Grandma from selling the house and moving closer to family. 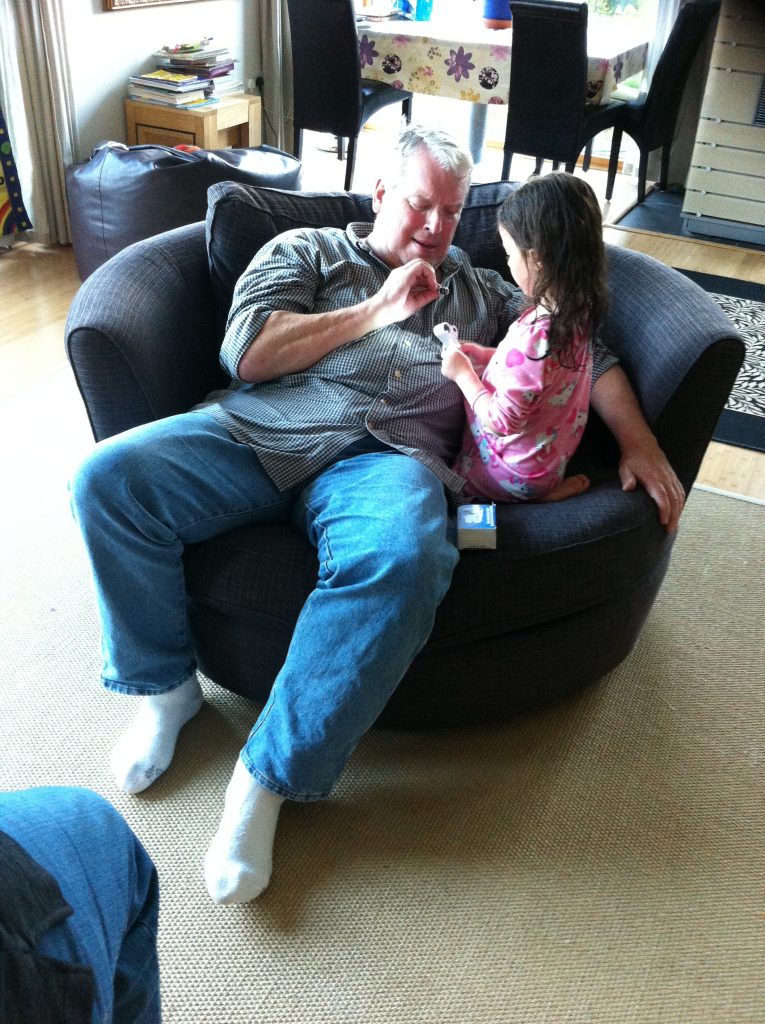 So, with a nagging feeling that time was of the essence, round 2 of the plan was devised and approved by all family.  We (Mr & Mrs MakeDo) would come to Arizona to do the ugly work: Pry the possessions from a now fragile Grandpa MakeDo, by distracting him with the company of his grandkids.  It worked beautifully, and after working nearly 10 hours a day for 3 weeks (a blog post for another day about the joys of dispositioning heaps of stuff to numerous amazing charities, and the wonderful support of friends and family who pulled together to support this effort), we decided we’d finished.  So we rewarded ourselves by driving up to the mountains for a 2 day holiday-within-a-holiday.

We arrived back to find that Grandpa had just been taken to hospital after collapsing at a doctor’s appointment. The next day was our eldest child’s 6th birthday, which we planned to celebrate by sneaking the kids and chocolate cake & candles into Grandpa’s hospital room.  When we got there, he was not in any shape for celebrating.  His last words were a warm Happy Birthday to our eldest, and telling them how much he loved them as he hugged them.  And a few days later, he was gone.

The fist pounding, frustrating, horrible irony of this all is that his stuff prevented him from realizing his lifelong dream.  This plan was never able to get off the ground over the previous 2 years due to the overwhelming burden of their possessions. It was just too difficult and a source of too much contention to start to tackle the stuff that needed to be sifted through. This meant that Grandpa did not get to spend the last few years of his life around his grand kids as was his dream.  And, too much of his last few weeks were taken up in dealing with stuff and what to do with it: Issues like some missing items, lost due to all the moving around that was going on…..where should things go that were just too big to take but too good to give away …what price should we ask for some tools that were too good to donate etc. etc. Surely these things we accrue during our lives do not deserve to take so much of our time as they can do especially when it is so, so precious.

We returned home heartbroken….and even more determined not to let our stuff dictate to us under any circumstances.

Apologies for the lack of communication here for a while, but we couldn’t find the words.

“Onward and upward” as Grandpa would say… 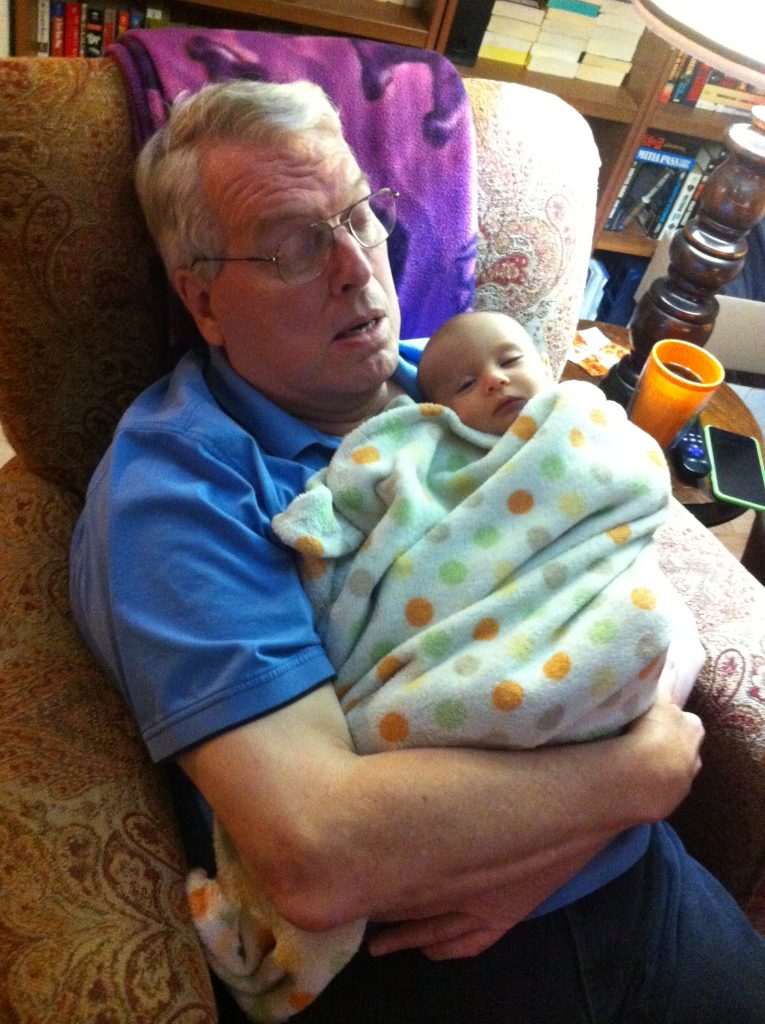