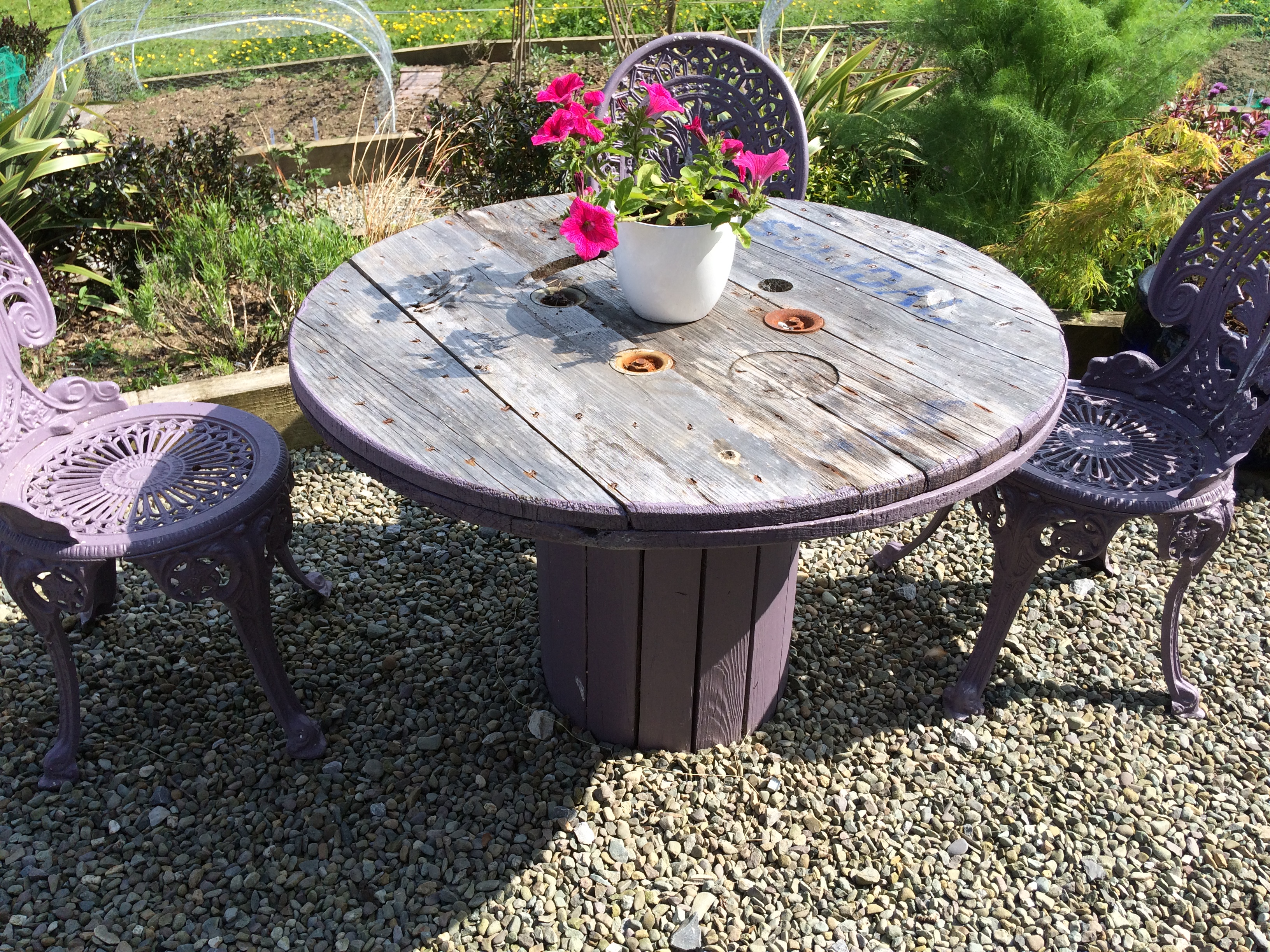 These large cable spools are very sturdily built and can take a lot of weathering. I ended up calling the local ESB facilities depot to ask for a few of these and the nice people there even dropped six of them to us. They have great potential for outdoor tables, but need some disguising to make them somewhat appealing to the eye. 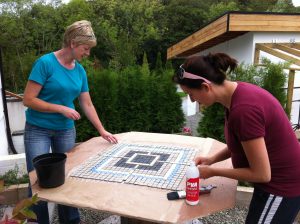 We spent some time tiling the top of ours with small colourful tiles that were collected over 2 months from the local tile store from broken or discarded stock.  Sadly the plywood base we used to fit on top of the spool to form a larger table area was too weak and began to sag in the very, very wet winter weather, causing the tiles to eventually break off around the edges. The spool itself is still standing though, and waiting for the next burst of energy to tackle the top again. This time we’ll size things appropriately to avoid the sagging problems.