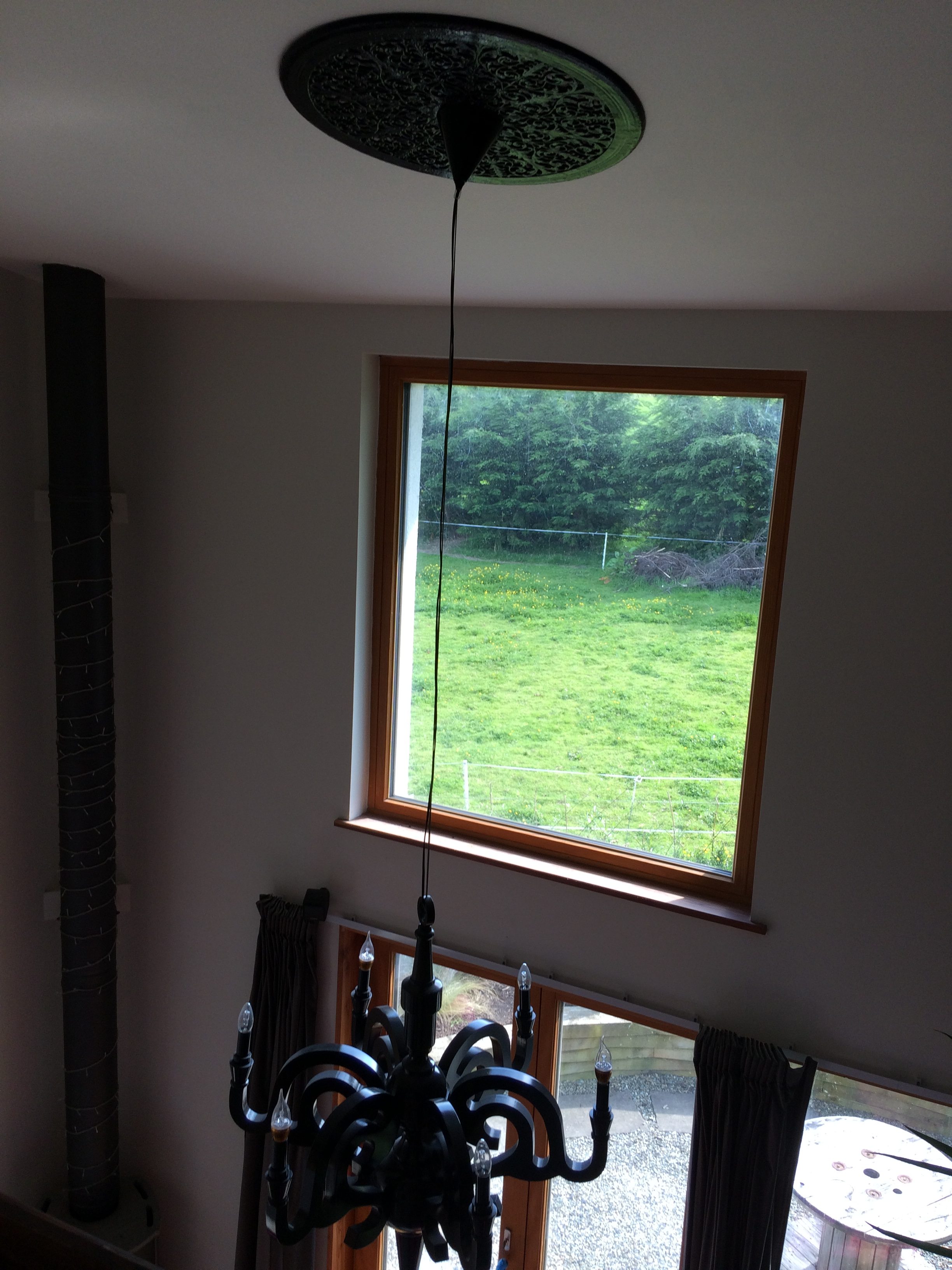 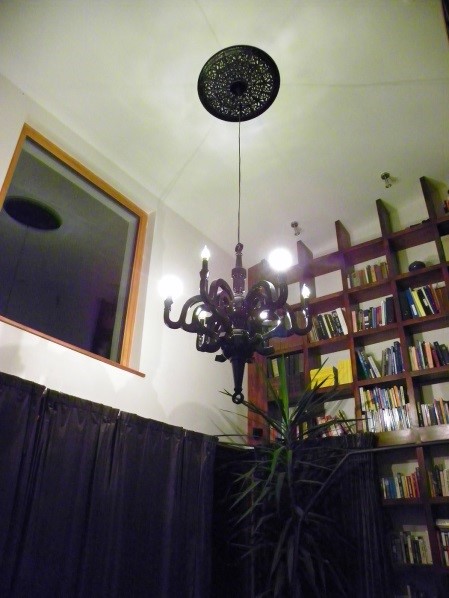 This came more out of trying to figure out a re-use opportunity for something rather than having a need first and looking for that elusive ideal part to use for it. Someone was throwing out an old garden furniture set that I felt we had to rescue – the type that is very commonly used and discarded as they tend to be quite cheap and don’t weather so well in the Irish climate.  The seats were reasonably sturdy and made of steel, so were well worth the effort of a giving them a new coat of paint and continuing to use them as they were intended. They’re still going strong but do need repainting every couple of years. The table itself however proved to be a very unstable design and a pain to use, so we dismantled while trying to figure out another use for it. The circular top had a nice ornate design, so when I had some black paint on the go, I gave it a good scrubbing with a  wire brush to clean it up and then coated it with the black gloss. At that point it looked too good to discard, so it sat around for a while until its new use became apparent as I was installing a light fitting in our sitting room. The room has a high ceiling and I was looking for something to stick above the fixture so it didn’t look so lost. Some fairly shaky looking diy scaffolding with a couple of ladders and some good strong screws were all it needed to get it installed, taking care to attach it to the joist behind the plaster board for a solid fixing, I think if I’d thought about it too much I mightn’t have done this but I think it works well.