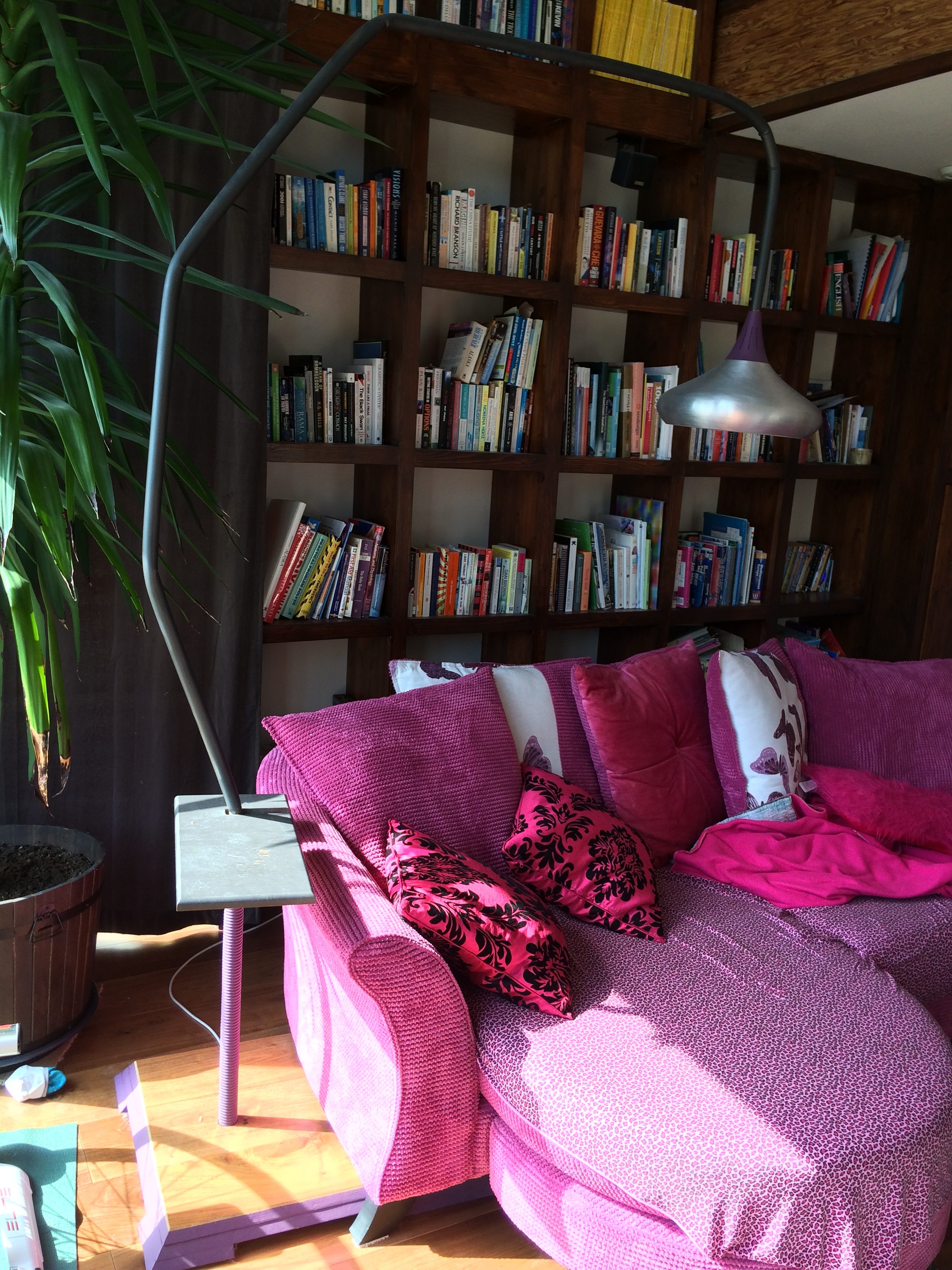 If you have a little fetish for interior design porn as we do, then you’ve likely seen the shots of living rooms that include one of these modern looking arc lamps.  What fascinated me most about these was that, apart from being a nice design, they seem to be very expensive to buy for such a simple concept. This was the motivation to try to make one, and it was more to see what it would turn out like rather than simply to have one, but then that’s often the most pleasurable part of these reuse efforts – can you make something from re-use that is as appealing and will have some of your personality in it.

For our diy version, I started with length of 1inch diameter flexible aluminium lined PVC pipe that was left over from our house plumb, but in the end it proved to be next to useless for the job – too flexible and the lamp I made slowly drooped like a wilting flower.

In its next incarnation I got some 1inch copper pipe, spent some time trying to figure out how to bend it gracefully, but finally learned that the 1inch diameter stuff isn’t suitable to be bent with a pipe bender as typically used by plumbers.  In the end after watching a few Youtube videos, I filled the pipe with sand and compacted it and then tried bending it by hand. As you can see this didn’t work too well and I got some kinks, but we hardly notice these now.

The stand was another reuse effort. I had two rusty scaffolding feet leftover from our scaffolding people who didn’t seem very concerned at leaving bits of scattered around our house. This was to have the pipe inserted in it and would itself be incased in a wooden base to provide the stability. The based was made from some mdf and remnants of the wood flooring in the room we planned to put the lamp – so it matched nicely. I used an angle cut on the circular saw to trim these and give the platform something interesting for the eye. It was certainly heavy enough and easily held the lamp up. Finally the shade was an old discarded one from a recycling centre – there seems to be a steady supply of discarded floor lamps (going to recycling centres) which are a great source of re-use opportunity if you can source them. Wiring it up was a simple case of running a wire up through the base and the arm and putting a light fitting on the end. We like these GX53 lights (LED)  – they spread light well. The little cup holder was a later addition to make it a bit more useful when we finally decided it was worth hanging on to.(This was a front from an old drawer cut into shape and spray painted)

I did plan to eventually add a little switch on the side so it could be turned on from sitting down, but haven’t got that far yet.