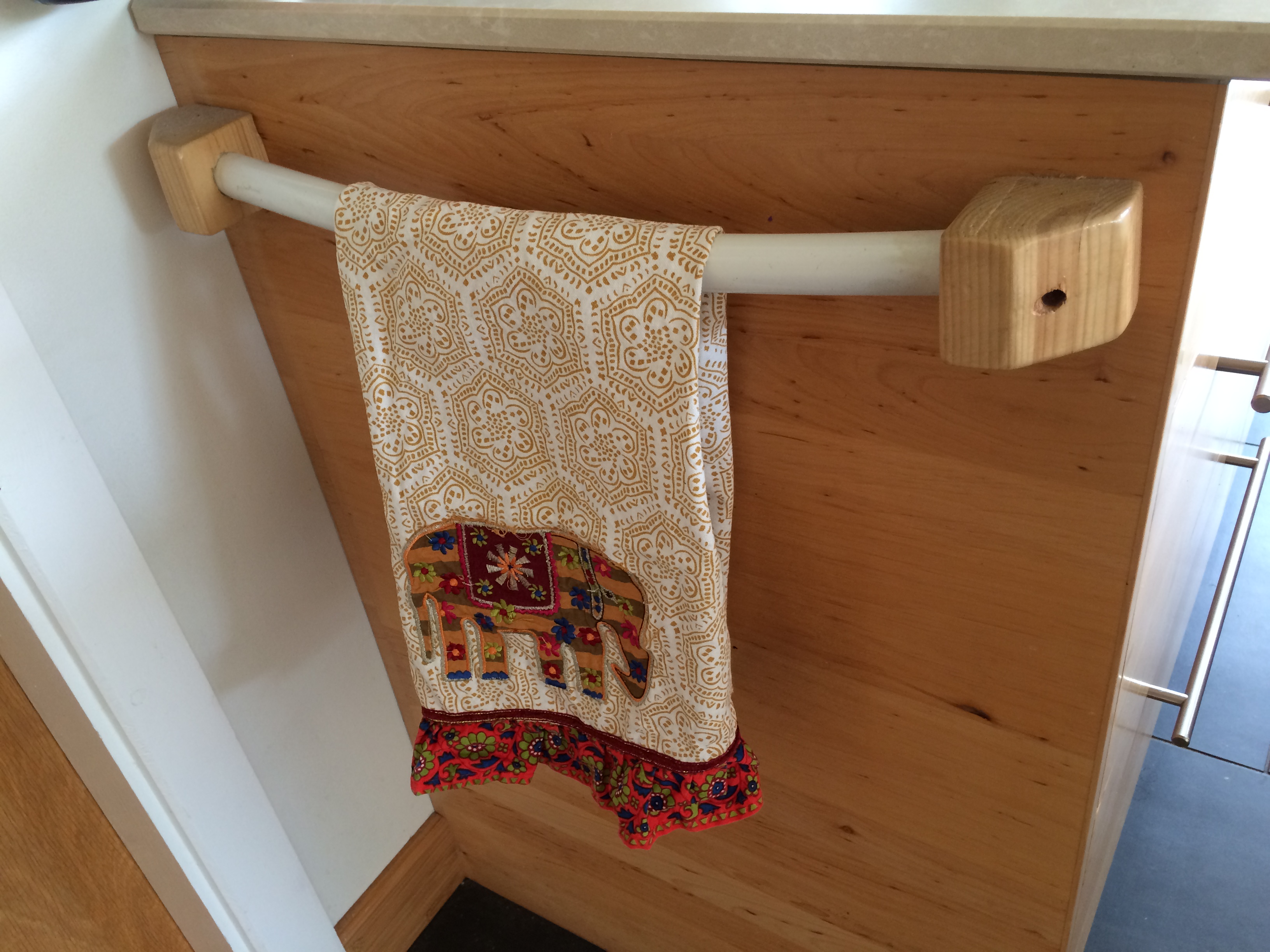 When we were building our house, we aimed to have zero leftover construction materials leaving the site. Although we didn’t fully manage this, we did come really close but it has meant some stuff is still lingering 5 years later. The white plastic pipe you see in this reuse project was part of our leftovers and was the plumbing pipe used throughout our house. It’s a thick walled 1-inch inner diameter poly carbonate with an aluminium liner and is really strong but somewhat flexible stuff. The nice white finish meant that it had some easy reuse possibilities around the house. The towel rail you see here was made using some of this pipe and timber off cuts which took the most time. I shaped the timber cubes to give it some visual appeal  drilled openings at an angle to fit the pipe ends snugly. This towel rail is bombproof and doesn’t look bad either.

A final length of leftover pipe was used for some earlier incarnations of our arched lamp but it proved to be too flexible to take the weight of the lampshade I had so that didn’t work out and was later replaced with a length of more rigid copper pipe.