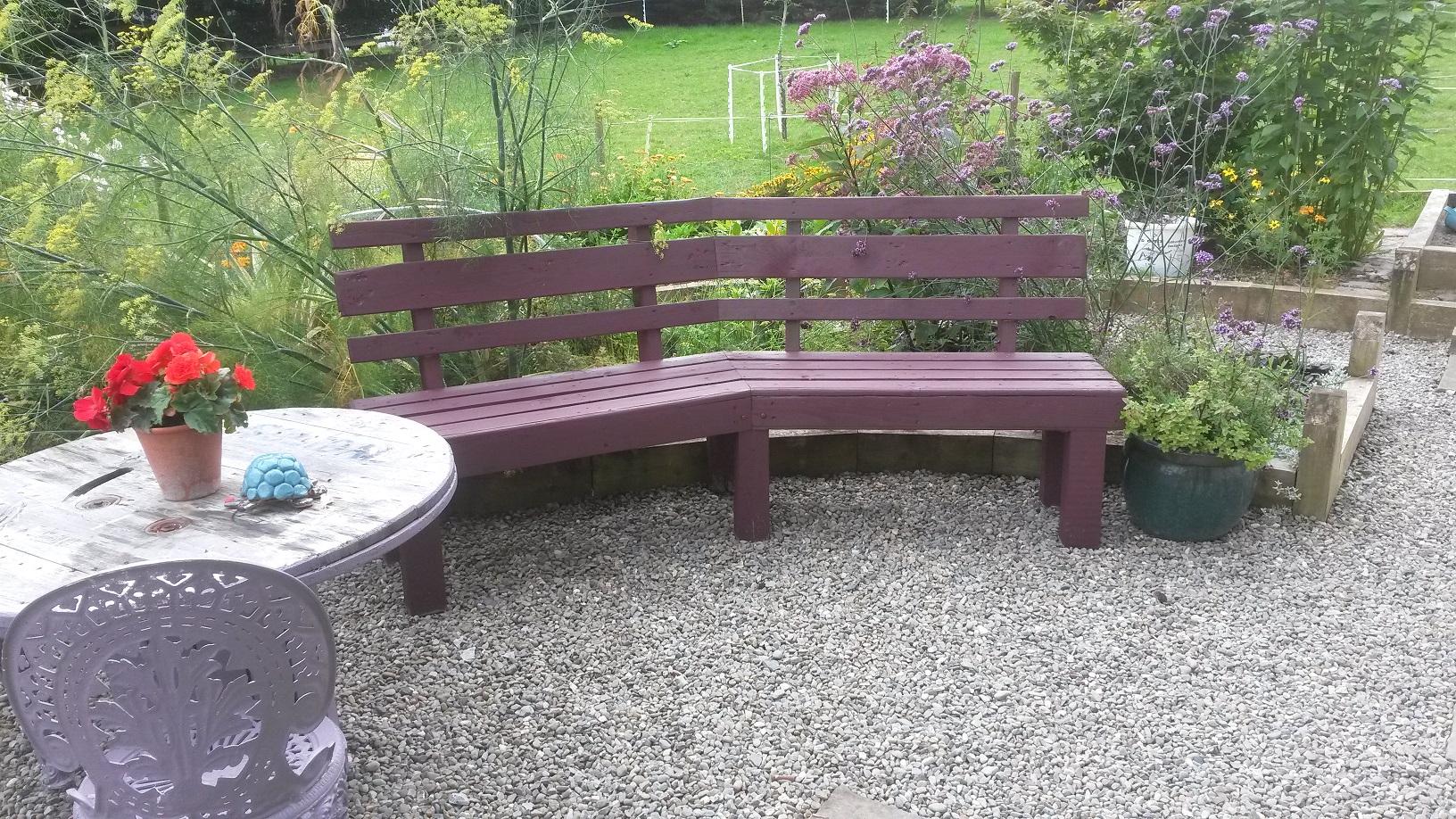 I still had some cedar soffit installing to do on our house – not done since it was built – and getting it out of the way was on my list of jobs during some extended parenting leave I took from work for the month of August. Our house has some unusual angles and the height and orientation of the soffit meant that I had to build a 4 foot tall working platform to get up on to do the work. I would be standing on a lower roof pitched at about 13 degrees trying to reach an overhead roof to complete the soffit board installation so I needed a custom built platform. It had to lie on the sloped surface and provide stability and height from which to reach above. I had some leftover 16’ lengths of 4”x 2” that I was using to make the platform topped with a sheet of plywood.

That work went well and platform proved to be a very cost effective solution to the thorny issue of how to get at the work area.

Anyway once completed I had a lot of cut lengths of 4”x2” lying around and so we decided that a garden bench would be a good addition for sitting outside our kitchen. 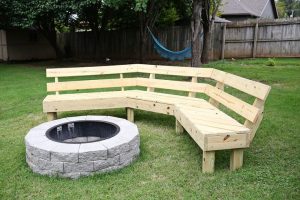 e pictures online and based our bench on this one shown here, courtesy of Pinterest. 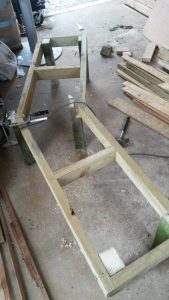 Next for the seat surface and the backrest, I had two very sturdy pallets left over from previous deliveries of wood pellets, which were set aside waiting for a use. I have to say that I have never found it easy to dismantle good quality pallets although there seems to be a large online DIY interest in making stuff from them. Anyway after much sweating and nail pulling, I managed to get enough planks from them to cover the seat and the backrest. The back supports were just sections of 4”x 2” bolted to the base using two coach bolts each. It didn’t look like it would be strong enough however once they were stitched together with the horizontal planks, the whole assembly was very sturdy. Those backrest posts can be seen clearly in the image below I took case to use steel brackets behind the joins 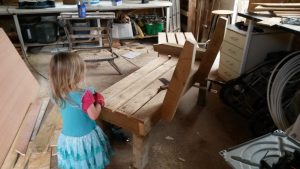 of the back rest planks to make these joints extra strong.

The whole thing only took two afternoons (with some help from my daughter) including the paint job. We went with a purple paint for garden furniture which turned out to be a good choice.