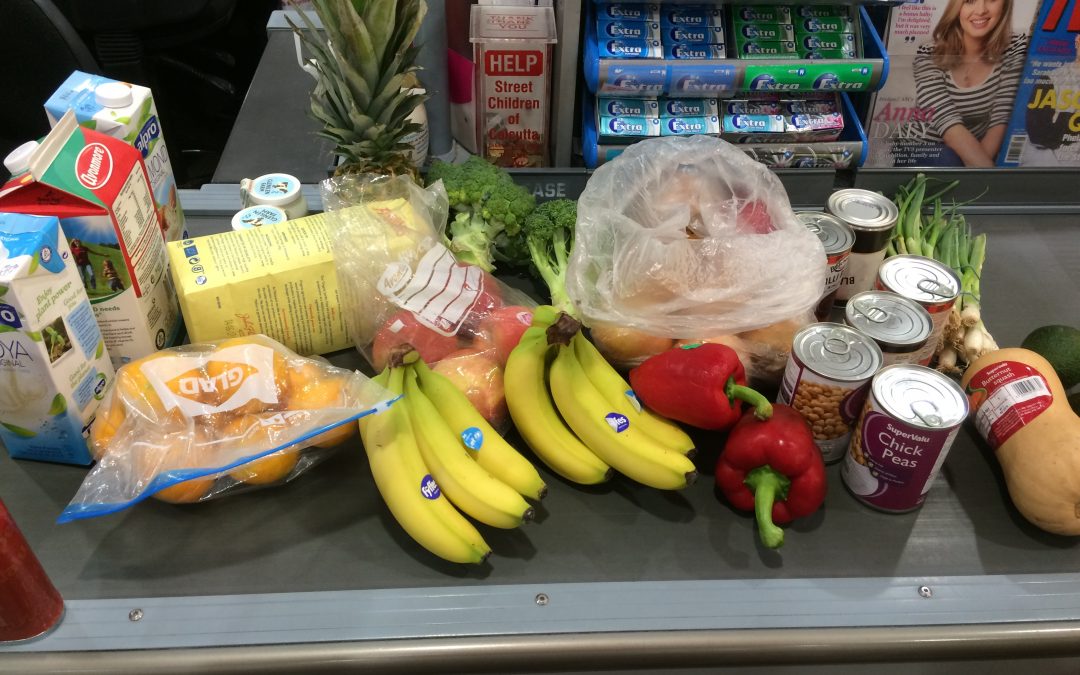 For some time we have been trying to do our bit by reducing and recycling the household waste we generate. We separated things diligently according to the streams decided upon at our local council recycling centre. For plastics, it seems that they separate them according to bottles types, hard plastics (toys, Tupperware etc.) and “film” plastics. In practice this means the pretty much every form of household waste that is not hard or a bottle, goes into the catch all bin. When we looked at the variety of our plastic waste, it was all food item wrapping.

It doesn’t seem so long ago that you had the option to choose, for example, fruits and vegetables that were sold in loose unpackaged form, for nearly all types. Increasingly however it seems that suppliers have opted to package nearly everything in some form of plastic. It could be that consumers were providing the incentive for more plastic packaging by preferentially purchasing the packaged options when presented with a choice over unpackaged versions, or it could be that suppliers preferred it this way as they had less spoiled or damaged produce when packaged for shipment. This is a question we are trying to get answered if anyone has any insights??

We decided that as a family we should respond to this and then along came “plastic free July”! 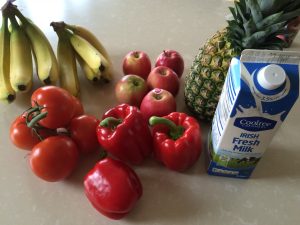 Our approach was to simply not buy anything wrapped in plastic. A difficult task as it turned out when trying to stick broadly to the foods the family are used to and enjoy. This restriction meant that we now needed to plan meals from what we had rather than buying to suit the meals we wanted.

Mrs MakeDo took our vigilant 5 year old daughter on grocery trips with her, armed with veto rights over every purchase that came in plastic packaging. They went through 4 major supermarket chains operating across Ireland (the 4 you would name first if you were to pick), looking for enough foo

d to feed us. The  initial results were disappointing to say the least. If it weren’t for the trusty (but destructive) hens doing their part in supplying some protein without any packaging in sight we would starve!

We needed to put more thought into keeping this plan afloat.

The obvious first stop was the local farmers market, but even there some negotiation was needed to get the food items without the plastic wrapping in some cases. The bounty here proved to be much richer in variety. Note that the bags and tupperware were our own re-use. Arriving at the markets armed with plenty of reuse containers seemed to do the trick.

We gave back the cherry tomato plastic containers to the vendor who agreed to reuse them, asked another to bring in unpackaged spinach and lettuce which they gladly did (thanks Richard’s Little Farm), transferred 5Kg of potatoes into our bag and returned the large paper sack (which Joe from Joe’s Farm Crisps said cost 30p each). We brought a bag for the bread, tupperware for the fish, the cheeses, and some cakes. We continued to use our own water bottle and coffee cups wherever we went.

I should also point out that we choose to avoid meat in our diet but that if you were a meat-eater then bringing your own containers into a local butcher should be an option I would assume. Also we found some bulk dried foods (noodles, lentils, rice, bulgur, and popcorn available in “the English Market” in Cork.

We were surviving at least, but not thriving so 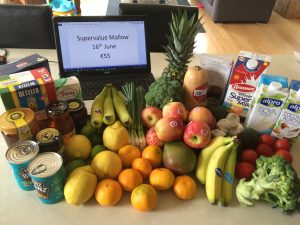 it was back to supermarkets for a more in-depth search around. Eventually we found plastic free sources for most things we were used to having, but not everything. The local SuperValu was without doubt, the best at providing plastic free options which was nice given that they probably carry a higher percentage of local produce than others, although their process are generally higher.

Once we got the hang of things we tackled other aspects of our household waste such as nappies – these are such a horrifying waste stream and so from the beginning we had tried to use re-useable/washable nappies.
Sometimes we got lazy though and lapsed back into disposables and so this needed to be stopped.

We even tried a process known as “elimination communication” with our six month old which worked and is remarkable – but that is for discussion another time. We planted a lot of our own veggies (broccoli, tomatoes, herbs, lettuce, spinach, carrots, and beets) but have yet to see how these turn out, and started t make and bake much of what we couldn’t find without plastic, such as granola to replace cereal and kids snacks, pitta bread and crackers. 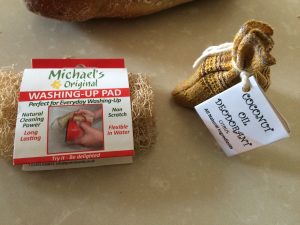 Some environmentally friendly deodorant (baking soda, coconut oil, essence – a secondary school Transition Year project from the Quay Co-Op) was purchased in a glass jar which proved to be an excellent replacement for the regular stuff in plastic containers. We also discovered Norwex cleaning products which cuts down on our washing powder usage and associated waste and switched from plastic scrubbing sponges for dishwashing to a loofah.  We even dabbled in going shampoo-less to avoid the bottles that seem to have more plastic than liquid in them. On an ongoing basis, the kids toys and clothes are nearly all second hand from friends & family, and from www.babymarket.ie, and Mrs Makedo tends to swap and borrow a lot of our own clothes now.

It’s very satisfying when you “find a way” to make it work.

By the time we got to mid June after 3 or 4 weeks of doing this groundwork, our plastic waste had dropped dramatically and from our food shopping it was now near zero, but our diet was still taking a small hit. Cooking was more about working with what you had rather than cooking what you wanted. Tough to get used to.

Our process of searching for new plastic-free foods had widened out now to include Asian stores and other markets we know of in the Cork area and so our diet is still broadening back to closer to where it was, but certain things remain off limits for a zero plastic buyer (at least for now).

If you want to look for motivation to do this then check out “The clean Bin Project”- a movie about trying to go zero waste (http://www.cleanbinmovie.com).

They say that one needs to feel something rather than just hear it or see it in order to be driven to respond with conviction. If you need more motivation for why plastic waste is such a problem then check out the info on what seaborne plastic is doing to birds on Midway Island in the Pacific – thousands of miles from where waste is being dumped.